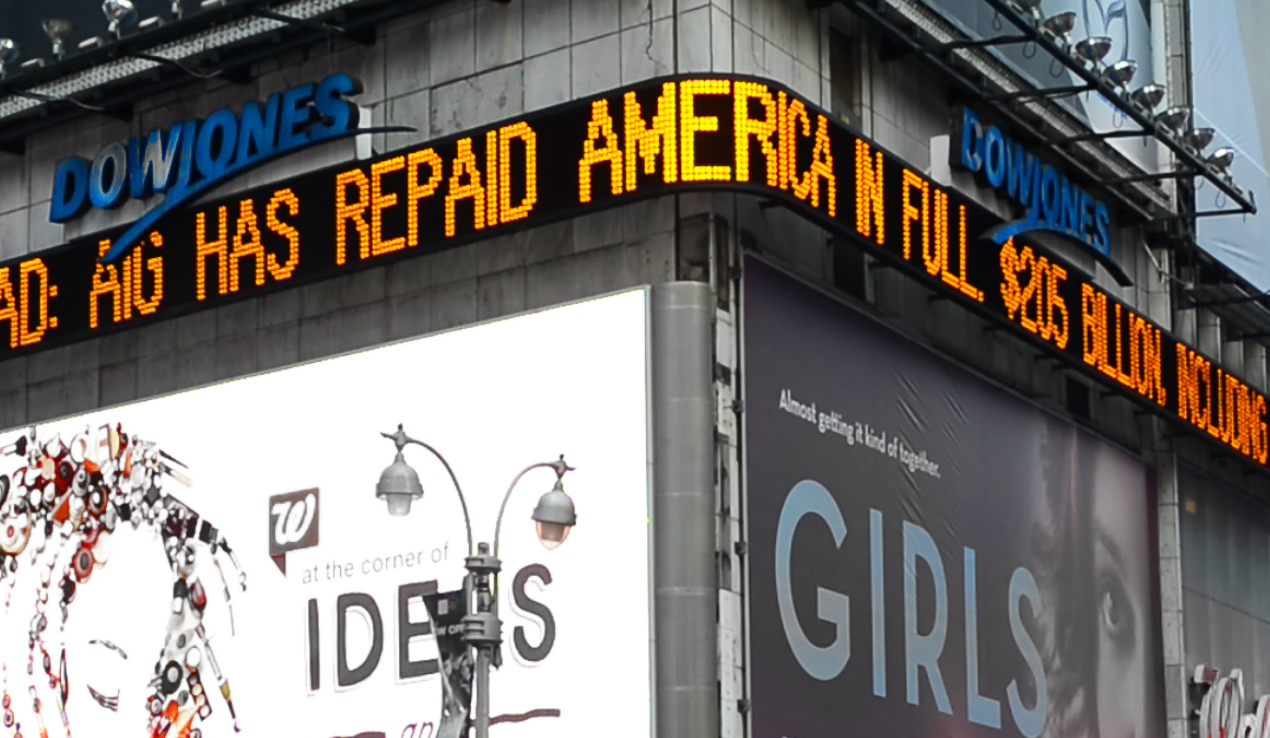 AIG was facing a declining public perception among the American people. As one of the companies most closely associated with the worst financial crisis since the Great Depression, they were seen as a greedy financial services organization that was out of touch with Main street. People had quickly forgotten who AIG was known to be, a trustworthy insurance company that helps millions of Americans every day.

With a “bigheaded” image to overcome, we needed to communicate in a honest, sincere and most importantly, humble way.

We led with the message that AIG fulfilled its promise to repay American taxpayers, plus a profit. That message was always followed up with a very important, “thank you” to America for helping us rebuild. We utilized real employees to give AIG a face people can relate to. By tapping into the American spirit of overcoming immense challenges, we hoped IAG would regain the support of the American people. 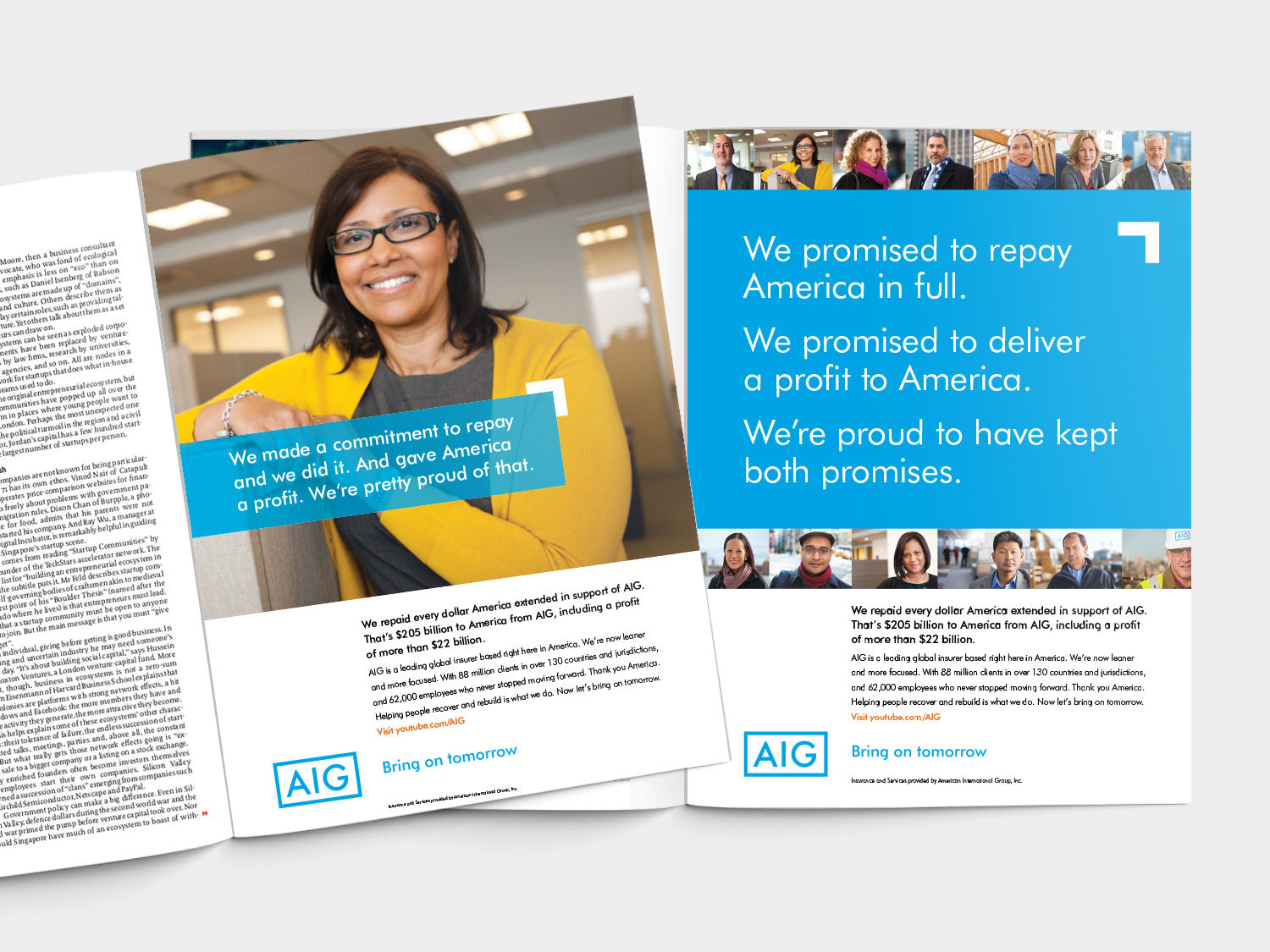 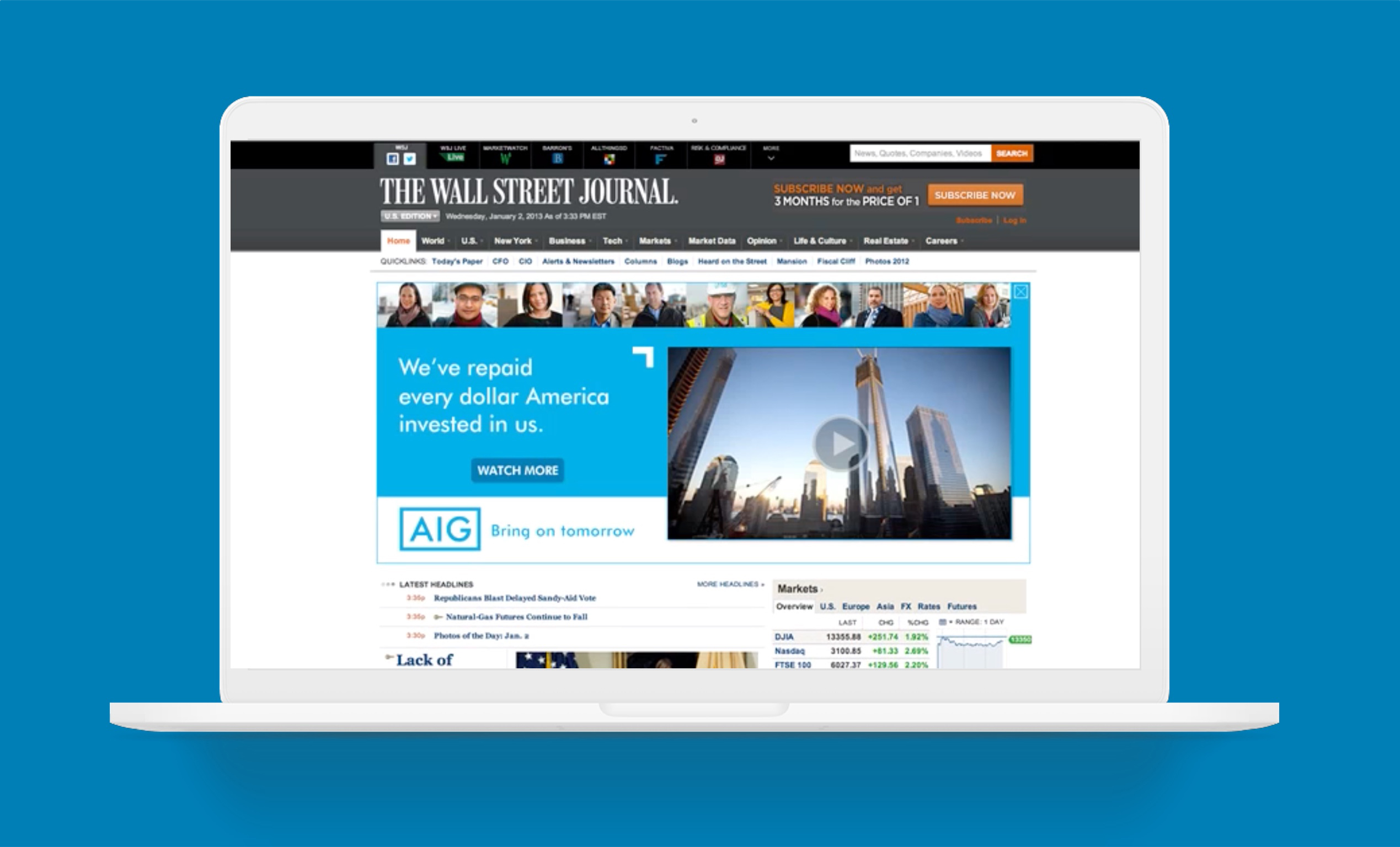 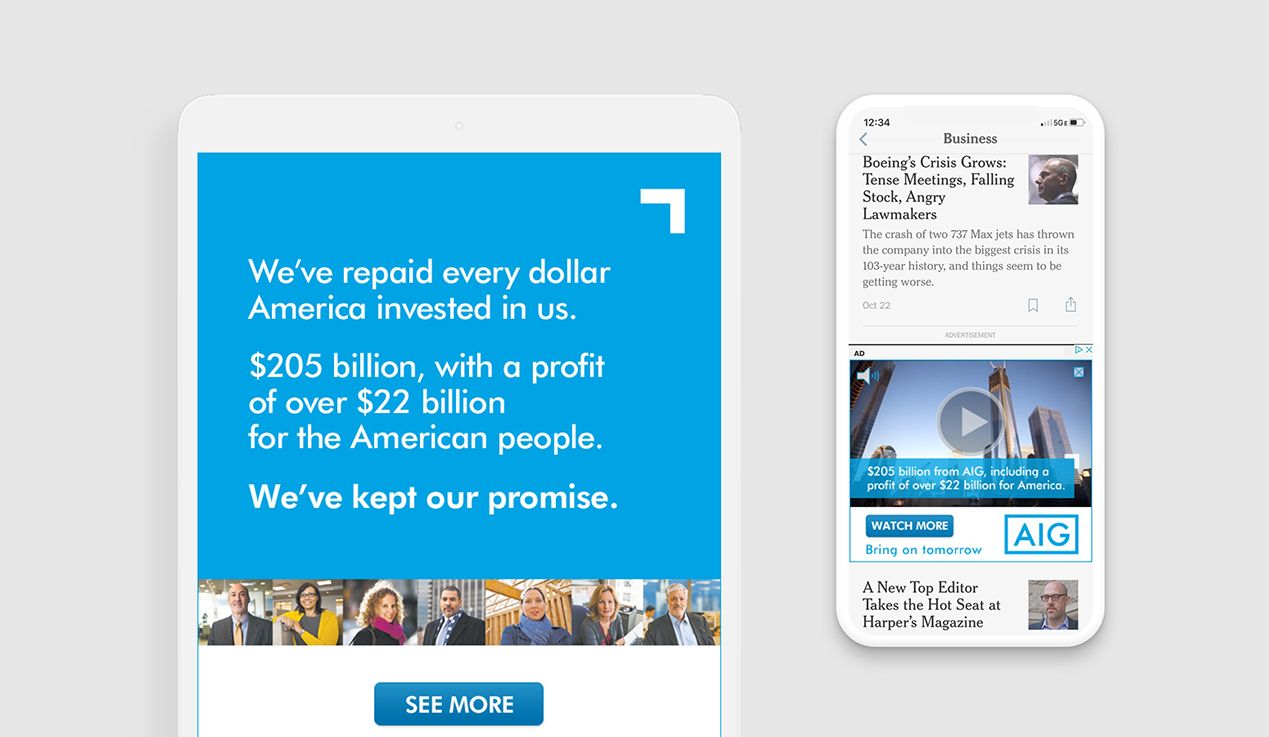